If you have little to no savings accrued, you’re not alone. A recent survey found that approximately 62% of Americans have less than  $1,000 in their savings accounts, and 21% don’t even have a savings account.

These numbers indicate that Americans aren’t saving enough for the future and creating a financial risk when an emergency arises. Often times, poor  savings habits are the result of bad spending behaviors. Here are the top five reasons you’re always broke along with tips to help you find (and keep)  more money in your pockets.

1. You spend before you save.
It’s easy to spend money once your paycheck clears, however, not saving for the long run has significant downsides. According to a Bankrate survey,  only 23% of Americans have enough savings to cover six months of expenses. To help yourself save, start thinking about monthly savings contributions as  any other bill you have to pay. Often referred to as “paying yourself first,” this strategy can be simplified when you set up an automatic transfer  from your checking account to your savings account.

2. You act on impulse.
We all find ourselves in line at the grocery store or a favorite retailer feeling the urge to buy items we don’t need without considering the extra  costs, and this may be happening more than you realize. Business News Daily reported that 61% of shoppers purchase one to three extra items not on their  shopping list. Occasionally buying a magazine or a pack of gum won’t hurt, but making these impulsive purchases a habit will add up over time and shrink  your bank account. To take control of your bad spending habits, track your spending; this will help you come up with a financial plan to eliminate  needless purchases.

3. You eat out all the time.
In 2015, consumer spending on dining out surpassed grocery sales for the first time. While the convenience of dining out is tough to beat, the surplus  you’re paying is likely a big reason you’re always broke. Spending your money at the grocery store will help you spend less on food and leave room in  your budget to put towards your savings goals. Plus, using grocery coupons from sites like CouponSherpa.comas well as deal apps from Target and Walmart  will give you the best bang for your buck on food items. Make eating out a treat rather than a routine and you will start to see changes in your wallet  (and likely your waistline, too!).

4. You give in to emotions.
We’ve all experienced emotional spending: buying that expensive pair of shoes after a long day, or spending more than planned during dinner out with  friends. Rewarding yourself after a tough week is okay every once and awhile, however emotional spending usually leads to a big dent in your savings.  To prevent yourself from spending too much, choose an alternative way to control your emotions, like getting some exercise or meeting with a friend to  vent.

5. You don’t have any cash for emergencies.
Creating an emergency fund is essential so you don’t find yourself in a tough spot financially.  Setting aside money for emergencies can be difficult,  especially if you are already pinching pennies. However, even saving small amounts will add up in the long run! Apply  these seven strategies to set up  an emergency fund so you can better prepare yourself for the unexpected. 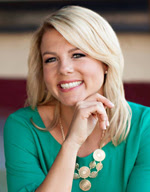